I have released my fantasy epic, The Crimson Man, on the Kindle. This book is composed of three novels bundled into one large book. These are Thrall, Freeman and Bringer, also available separately. At 250,000 words it is a hefty tome and quite the longest story I have ever written. 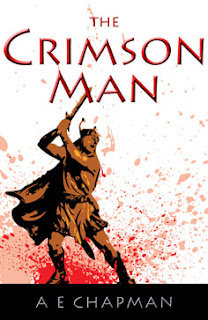 For centuries the Farlig in their long ships have been sailing to undiscovered worlds through the mysterious portal that lies at the heart of the Sea of Mists. And for centuries the raiders have returned with their vessels brimming with slaves and the spoils of war. Yet when Eorl Volsung Silverhair returns with the slave Anatol Kirilov from a place called Earth, the Farlig suddenly find themselves living within a prophecy as old as the Sea of Mists itself. The Crimson Man has arrived. Long have the seven Farlig Keepers watched with their magic for this great hero’s arrival. Long have they feared the first glimpse of the wave of terror and destruction from which it is prophesied he must save them.
Posted by Andrew E Chapman at 16:34